Participatory democracy to the rescue of the EU project 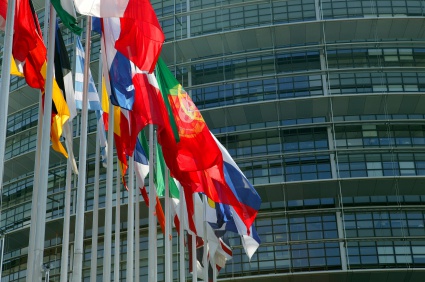 The European Citizens' Initiative, the European Parliament as co-legislator in the majority of EU policies, an enhanced role for national parliaments: the Lisbon Treaty has brought about many positive changes to bridge the gap between the EU and its citizens. However, the existing Treaties provide untapped opportunities which could be grasped to improve policies and strengthen the EU both internally and externally. Whether exploring deeper policy action or improving implementation, there is a wealth of policy areas and technical instruments which could be tapped. This should be the current priority for the European Union and its institutional set-up, says the European Economic and Social Committee.


As a representative of European organised civil society, the EESC was asked by the European Parliament to examine how the functioning of the EU could be improved by building on the potential of the Lisbon Treaty and to reflect on possible developments and adjustments to the EU's current institutional set-up. In its opinion adopted at the EESC plenary session on 16 September, the Committee stressed that democracy and accountability are fundamental to European citizenship and that this dimension of the Lisbon Treaty must be fully and systematically implemented. Moreover, in future it will be necessary (i) to extend the competences of the European Parliament, for instance through an increased role in European economic governance and the European Semester, and (ii) to put in place a more balanced share of responsibilities and inter-institutional cooperation between the institutions with a view to consolidate the community method.

The economic crisis, as well as current migration challenges and their impact on freedom of movement within the EU, have revealed internal divisions within the Union and Europeans' increasing mistrust. "It is high time to improve the principles of horizontal subsidiarity and proportionality and to break the glass ceiling between the general public and the EU institutions. We must ensure civil society involvement in democratic processes and European policy making. We must work together for the future of this Union," said Luca Jahier, President of the EESC's Various Interests Group and rapporteur for the opinion.

The first step towards capitalising on the existing provisions of the Lisbon Treaty would be to achieve economic, social and territorial cohesion (Article 3, TEU) and to make better use of the five horizontal clauses of the TFEU (Articles 8 to 12). In future, these clauses should be used to promote greater inter-connectivity between European policies and more accountability with regard to EU citizens.

The internal market should be completed, with a focus on the Digital Single Market and Energy Union. The EU should be given the means to act through the reform of its system of own resources, as this will help, inter alia, to achieve economies of scale across the EU.

In addition and in order to reinforce the sense of common citizenship by enhancing public participation in the EU decision-making process, steps should be taken to implement the EU Charter on Fundamental Rights effectively. The existing Treaties also provide for increased room for manoeuver and deeper integration in the fields of migration and asylum, and in the Common Foreign and Security Policy (CSFP)

Lastly, reinforcing the eurozone's governing structures and completing Economic and Monetary Union (EMU) will speed up real European economic governance and ensure deeper integration. This should be based on four pillars: a monetary and financial pillar, an economic pilla r, a social pillar and a political pillar.

The opinion was adopted by 185 votes to 4 with 4 abstentions. The rapporteur was Luca Jahier and the co-rapporteur was José Isaías Rodríguez García-Caro.